We love making our own  homemade Pom Poms from yarn  in all different sizes and enjoy using them in all types of games.  When we decided to work on the Making Games badge with Emily's Girl Scout Brownie Troop I put out some of our big pom poms for the girls to incorporate into their own games.  The girls were so amazed that I made the pom poms myself that I knew I was going to have to teach them how to make their own!  So, when I was thinking what we could do for the Pets badge I decided it would be cute to have the girls create their own Pom Pom Pets out of their own homemade pom poms.  This activity turned out to be one of the most fun and creative meetings that we have had together and it was so awesome to see how the girls were each able to create their own unique pom pom pet. 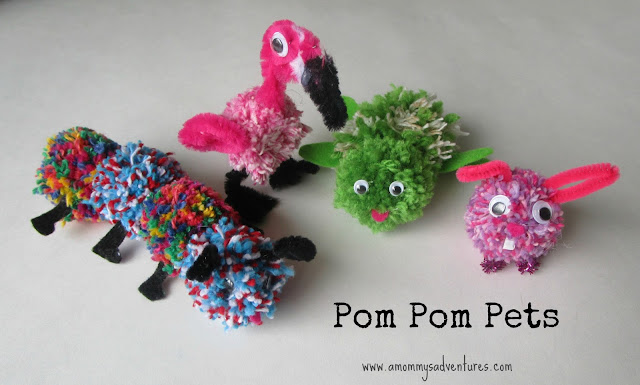 Emily had so much fun with it that we worked on creating more of them together with Juliette the next day.


For our pom pom pets the girls were able to pick from all different colors of yarn.  We used both cotton and worsted weight yarn. We also used lots of other things from our craft stash such as felt, pipe cleaners, wiggly eyes, and craft foam. 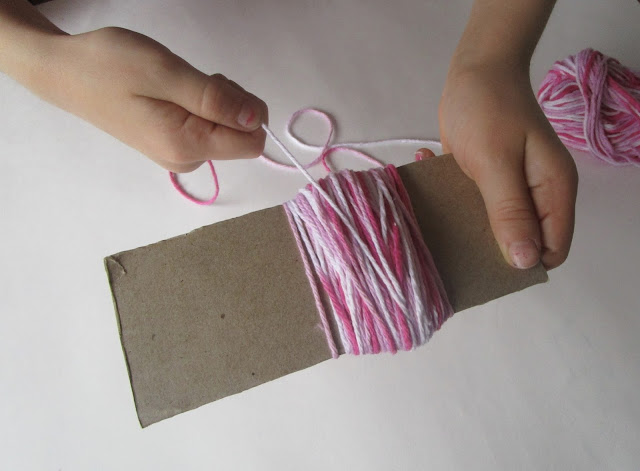 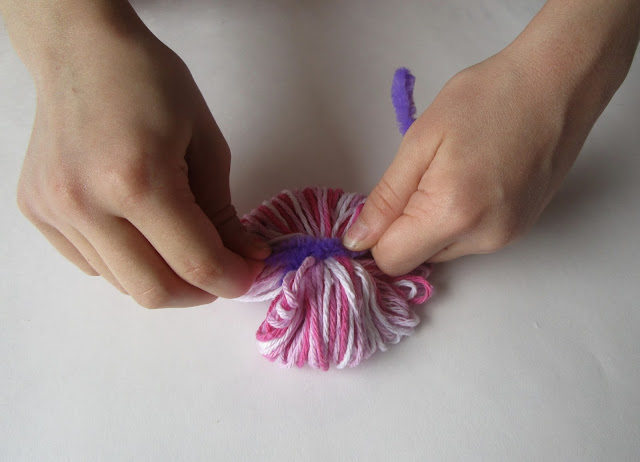 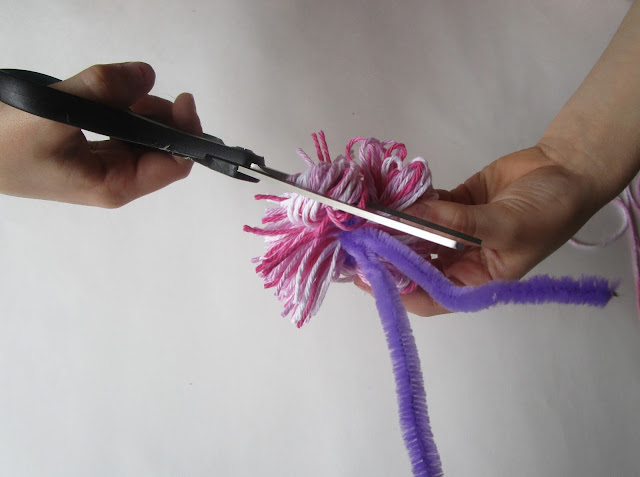 Once the yarn is secured you need to cut each one of the loops that was formed apart.  We find it easiest to do only a few at a time.  Just slid the scissors between the loop and snip. 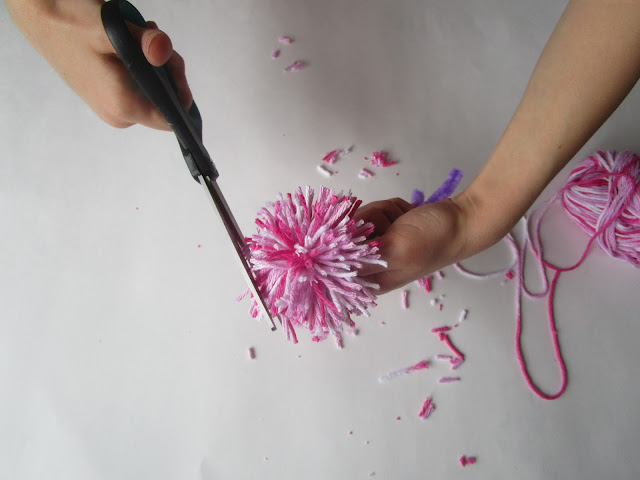 Now the pom pom is ready for its hair cut.  I think this is our favorite part of making pom poms!  It is also the messiest, but the fun is worth the mess!!  The girls held the pom pom by the pipe cleaner tail, then trimmed their pom poms until they were happy with the shape. 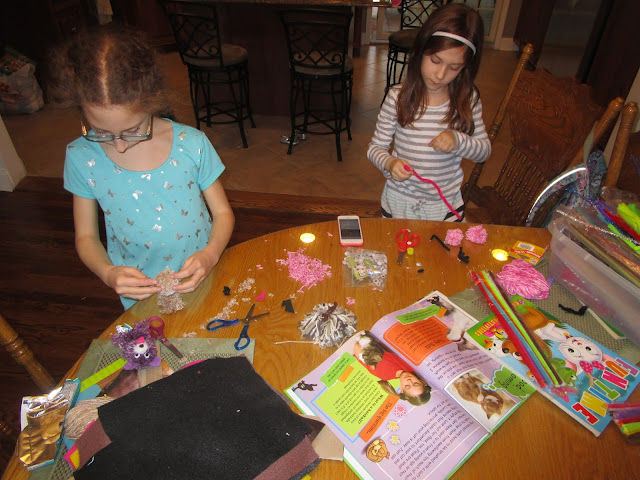 Finally, lets get decorating!!!  The girls cut out shapes from felt, craft foam for ears, noses, legs, wings, teeth or whatever else they thought their animals needed and then used the hot glue gun (with my assistance) to glue them on to the pom poms.  They also added wiggly eyes and shaped the pipe cleaners to make wings.

To help the girls get ideas for the pom pom pets they looked at books and we googled some of the animals so that they could see the different features they needed to include.  This was actually their idea and I was so proud of them for asking to see a picture for reference.

The girls were really proud of their pom pom pets!! 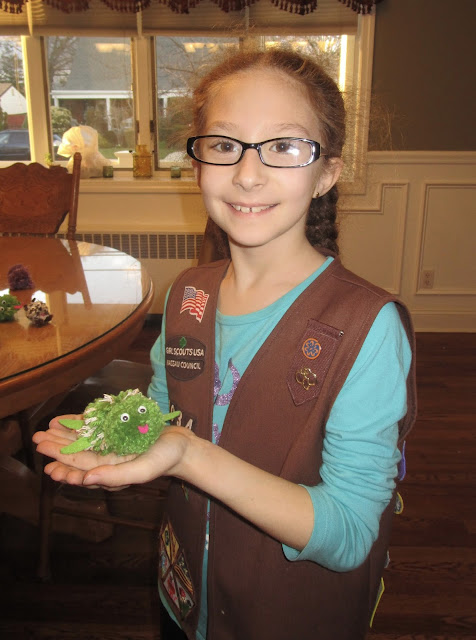 Emily made a turtle and a caterpillar pom pom pet. 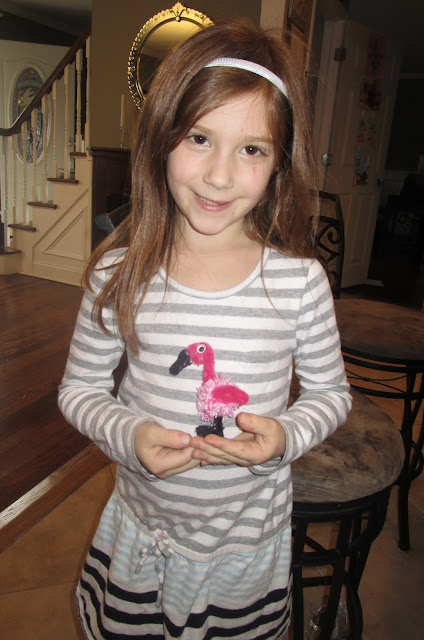 Juliette made a flamingo  and a bunny pom pom pet.

Check out these creative bloggers for more crafting ideas inspired by pom poms:

These pom pom pets are so fun!!! I can't believe I have never make my own pom poms. Thank you for the tutorial! We will give it a go soon. We have tons of yarn on hand leftover from other craft projects. Thank you for participating in the Kid Craft Challenge! I hope you will join us again next month.