Homemade Slime is something that Emily and Juliette LOVE to make and play with.  We have made this homemade slime recipe with their cousin, for Emily's science themed birthday party and with Emily's Brownie Girl Scout Troop to earn the Home Scientist Badge.  It is so easy to make and so much fun to play with.

I was so excited when my friend Tracy, from Tracy & Co. (be sure to check out her YouTube Channel!!) asked us if we would like to get together and that she was thinking of making some slime.  I told her I had all the stuff and I knew that Clara and her daughter would have so much fun with it.

Tracy actually vlogged us making the slime and the girls playing with it so you can watch us in action.

Homemade Slime
(I have seen many different variations of this recipe, this is modified from Steve Spangler) 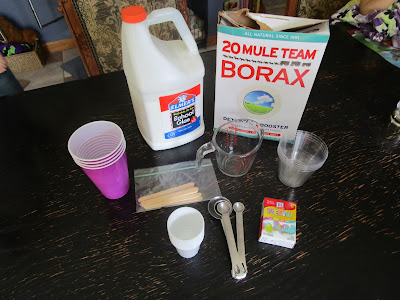 You will need: glue, water, food coloring, borax, some measuring cups and spoons, a bowl or cup to mix the slime in and either spoons or popsicle sticks to mix with. 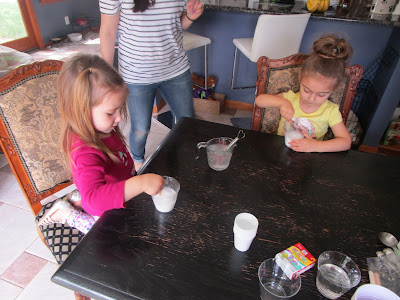 While the girls were mixing the glue and water together, I  added 1/2 tsp of borax to 1 cup of water and we mixed it together until it was dissolved.

Finally, I added about 2 parts of the  borax solution ( I used about 1/2 a cup) to the glue and water mixture and had the girls stir it together.  Almost instantly you can see the slime forming and feel it sticking to the popsicle stick. At this point we just took the slime out of the cup and used our hands to mix it together well.

This recipe is very forgiving, if you have to much water just pour a little out and if it is not slimy enough just add a little bit more of the borax solution. 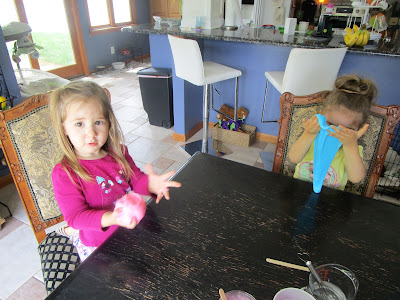 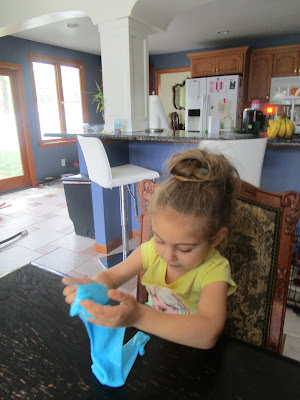 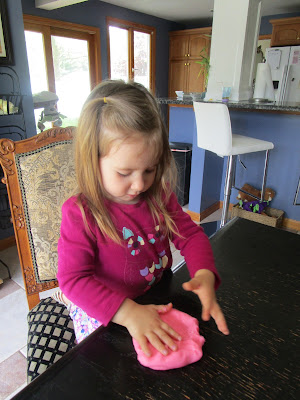 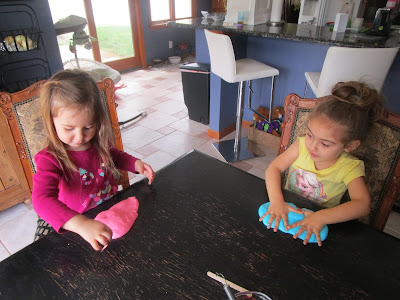 The girls had fun squishing and pulling and stretching the slime.  Tracy even put out cookie cutters and it was fun to put a glob of the slime in one and watch it spread out as it sat in it.

This slime will last for awhile as long as you keep it stored in a sealed ziplock bag or another airtight container.

Check out some of our other Sensory Activities

This is so cool, and looks like so much fun! Thanks for sharing :)