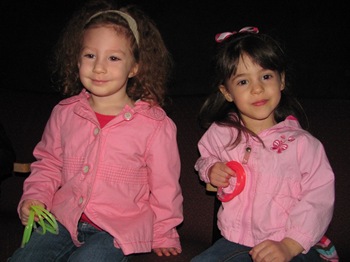 Emily and her friend went to the Circus!   Both girls really liked the glow in the dark bracelets that my friend got for them from the Dollar Tree instead of buying the over priced light up toys that they sell there 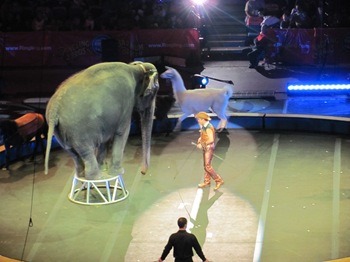 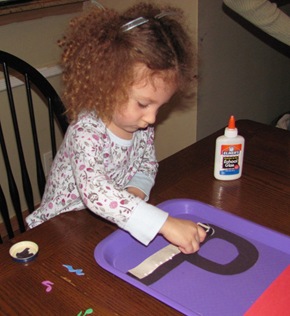 This week we made the letter P for Piano.  I thought that Sarah did a great job putting this together for the Girls.  The finished P’s looked so cute! 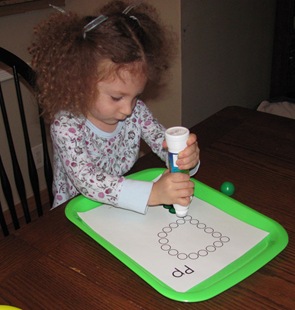 Emily loves using the bingo dauber.  She used this print out from Confessions of a Homeschooler to make the  letter p. 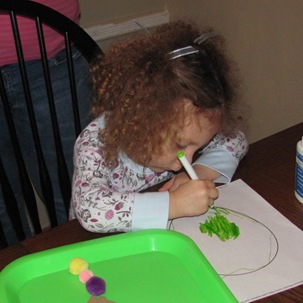 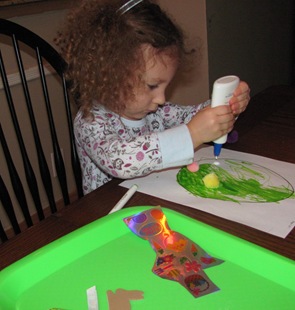 The girls made Easter Egg Collages.  First they colored an Easter Egg printout, Emily used green since that is her favorite color.  Then they had foam stickers, shiny stickers, ribbon and pom poms to decorate their egg with.  I really liked how this project came out. 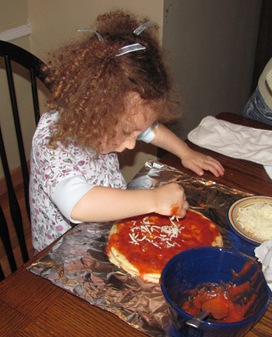 We also made Pizza’s for lunch.  These were really yummy and went along really well with our P theme!! 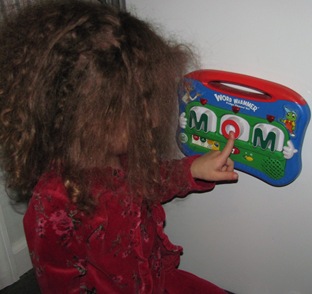 for her first birthday.  We have always had it out around the house but the only thing she ever really did with it was push the button to listen to the ABC song (which is actually how she learned to sing her ABC’s)  Since she has been watching Leap Frog - Letter Factory, she is obsessed with letters and has really started to enjoy using the Word Whammer.  She was able to follow the directions to make the words.  Here she is pushing the letters that she put into the correct spots. 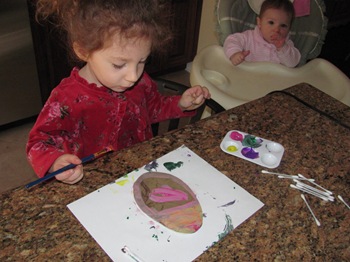 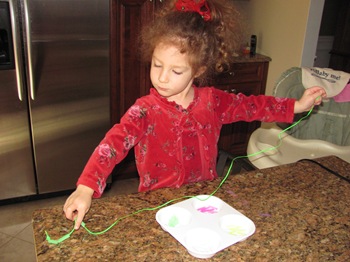 For some fine motor skills practice I cut up straws and gave them to Emily to thread onto some green lanyard. 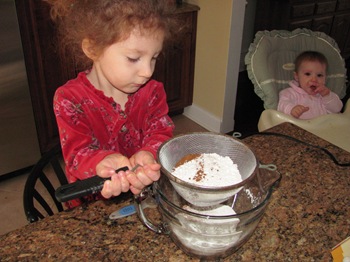 Emily helped me make The Pioneer Woman’s Prune Cake.  She loved sifting the dry ingredients together as well as practicing scooping, pouring and dumping! 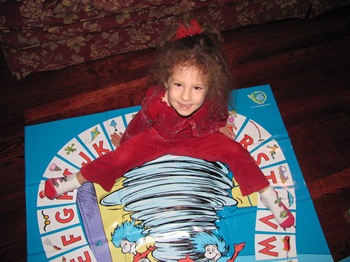 game for Christmas.  Since she has been doing so well with her letter recognition I thought she would enjoy this game and boy was I right!  We have played this every day this week and she absolutely loves it.

This game is excellent not only for letter recognition but also for following directions.  It is similar to the idea of twister, you have to try to put your hands, feet and even ear to  as many of the letters as you are directed to.  For each one you are able to do you get to keep that letter token.  The winner is the player that has the secret letter at the end of the game. 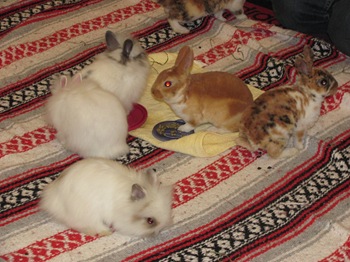 After art group on Friday we drove out East to visit Emily’s cousin.  My sister-in-law invited us over for lunch and then to go to a bunny program at their local library.  Emily was so excited to get to hold a little bunny.  The woman that came did a fantastic job talking to the children about bunnies.  She also taught them to count in sign language.  Emily was really into it so I think I am going to start trying to teach it to her and Juliette. 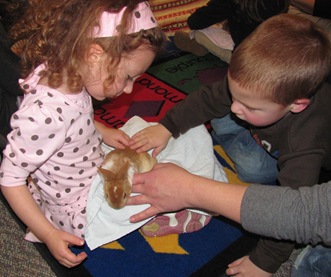 Emily holding the bunny on her lap while her cousin pet it. 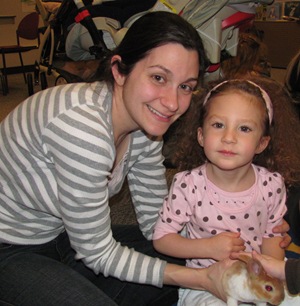 Emily and me with the bunny.

Juliette is doing so much recently that I am so excited that I am able to include her in my TOTSchool post! 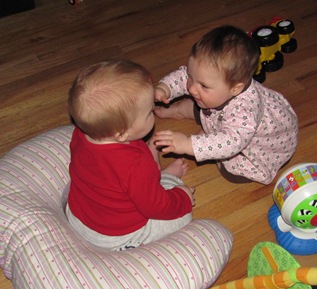 Juliette loves other kids, while the girls were working on their projects she was excited to be “playing” with Braeden. 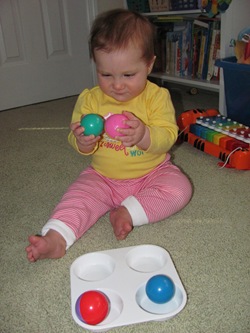 I put four of the balls that we had in Juliette’s toy box into this muffin pan.  I moved it around and she watched the balls move in holes.  She enjoyed picking them up and banging them together.

While she was playing I caught some of it on video. 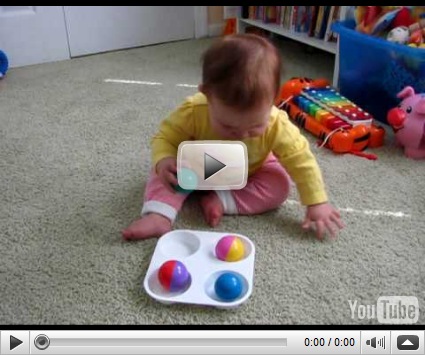 Our favorite books from this week:

Check out the great things that others are doing with their children by clicking the buttons on the top of this page!!

I love the pictures of the bunnies :) It looks like Emily had lots of fun last week! I will miss you this week :) P.S. Braeden misses his beloved Juliette already.... :)

super sweet that you have a bitty in Tot School. :)

Love the video! My youngest turns 8 months on Easter and he loves to bang blocks etc. together, too! B@FrymanFour

I love the pics w/the bunny. That must have been fun!

What a fun week! I love that you guys got to see some bunnies!

What a great week. We love making homemade pizza. Yum and the bunnies. Too cute.

We made homemade pizza last week too. Yum! I love the dots outfit that Emily has on. And if this is your house, then you have that exact same Boppy slipcover that we have. It's right next to me right now too. This must stop, it's getting too bizarre. =p

I think it is great that you always involve E in your cooking and baking. That is something that I don't do nearly enough with my little one. Thanks for providing some encouragement to do so!