Having Fun Learning Together This Week!!!

Emily is 4.5 years old and Juliette is 26 months old

This week Emily started trying to write words.  She has been sounding them out for awhile now and this week she decided she was going to make some of her own.  She makes the sounds of the words and then writes them down.  She mixes up the order of some of the letters but is really doing a great job with it.  I keep encouraging her and following her lead with most of the literacy activities we are doing.  I don’t want to frustrate her so right now we are working at her pace and with what she is interested in.

Juliette spent the week doing puzzles, playing games with Emily and reading lots of books.  By far her favorite thing to do is use the scissors to cut paper.  She is doing amazing with this and she really just wants to cut all the time.  I make sure I am always with her and watching her.  I actually moved the scissors from the easy to reach place we usually store them to a hidden location because she will help herself to them, and a toddler walking around with a pair of scissors is a scary thing if you ask me! We had another fun trip to the Suffolk County Farm and Education Center for a friend’s Birthday Party.   The girls were able to feed the animals and we went on a tractor ride to a pumpkin patch to pick some pumpkins. 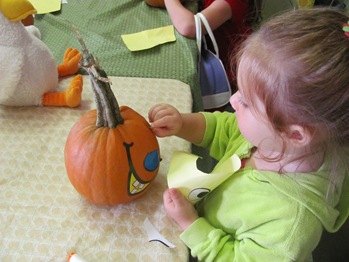 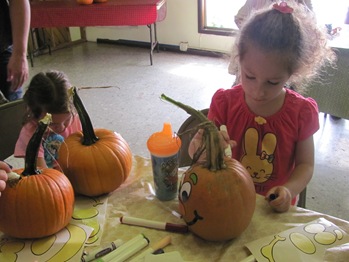 Emily and Juliette loved using stickers and markers to decorate their pumpkins. 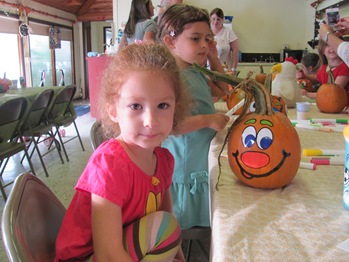 Emily and her pumpkin. 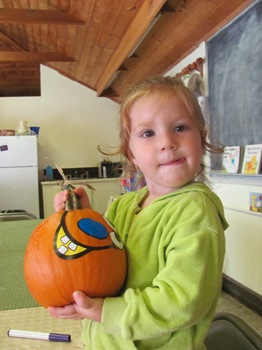 Juliette and her pumpkin…I love the sideways face! 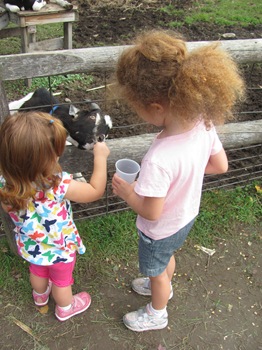 We went upstate to go apple picking and there was another place to feed some animals.  I think it is so funny that at the beginning of the summer Juliette was terrified of feeding the animals and now she can’t get enough! 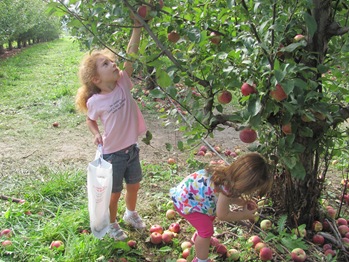 Apple Picking…we have a bushel of apples just waiting to be turned into lots of yummy apple treats! 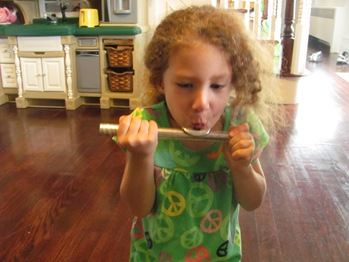 Emily and Juliette found my flute.  Juliette just wanted to hold the whole thing and make her own sounds.  Emily let me show her how to hold just the mouth piece and blow over the hole.  She still has to practice it, but she was very determined to get a sound out of it! 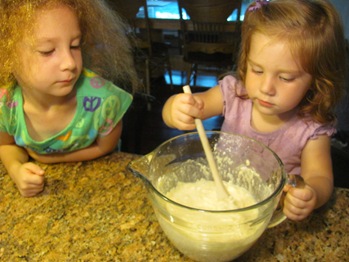 The girls helped me make some corn bread to go with the Chili we were having for dinner.  Both Emily and Juliette with drop whatever they are doing to help me bake something.  The took turns scooping, pouring and mixing. 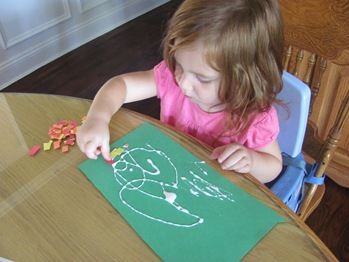 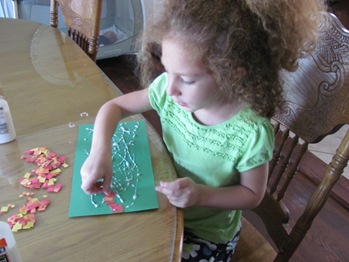 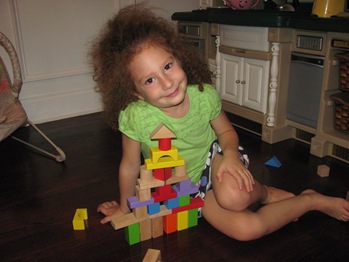 Our Wooden Block Set has become a favorite toy around here.  Emily loves creating different castles and Juliette loves knocking them down!  I think we will be adding another set onto our Christmas Wish List :) 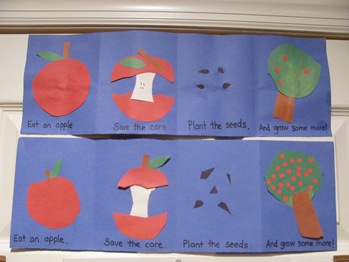 We read One Red Apple and made this great apple to apple tree craft.  Emily loved the poem that went with it and had fun putting it together. 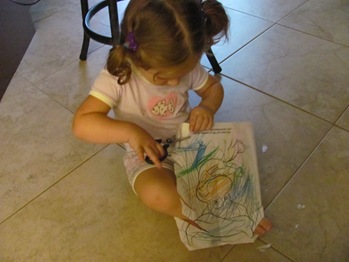 As I mentioned earlier, Juliette LOVES using her scissors.  She colored this picture in and said “Ready for scissors” went to the drawer and got them out and started to cut.  I sat with her while she worked on it.  She cut lots of little pieces and then worked on cutting the paper in half.  Once she was finished I found a new place to store (hide) the scissors.  She was not happy about this when she went to go look for them and they were not there! 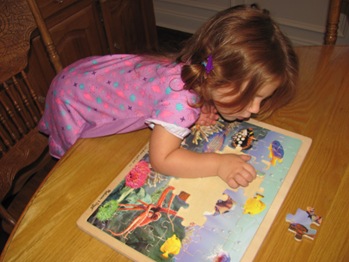 Emily completed this Melissa & Doug Underwater Wooden 48 Piece Jigsaw Puzzle earlier in the day and then Juliette decided it was her turn.  She asked me to help her every once in awhile, but was able to find most of the pieces herself.  I think she called me over just because she likes me to watch her. 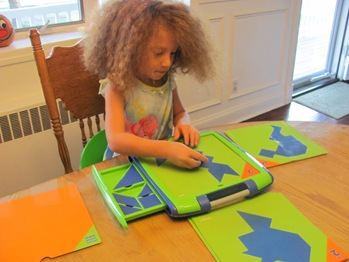 set, she can do all the level 2 cards and gets so excited about figuring them out.  Juliette was working on the other side of them, which has the outlines for the pieces and she has to match them. 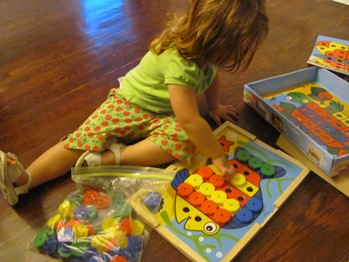 .  She was making this fish for Daddy.  Once she was finished she liked turning it upside down and popping the pieces out one at a time.  This is a great color activity and fine motor skills practice. 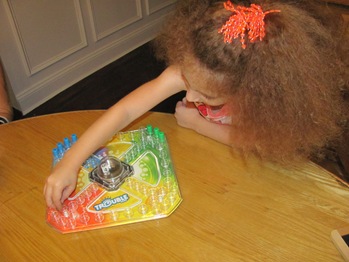 with Daddy.  This was great fine motor skills practice, one to one correspondence and number recognition.  We love Trouble!! 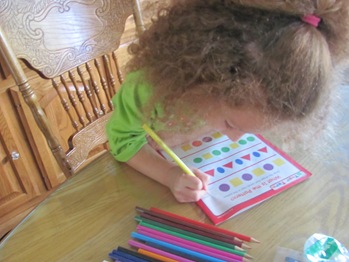 Emily worked on this pattern page which was on the back of her Scholastic News from school.   She was excited to use the set of 24 colored pencils I found in the basement with my school supplies!

Check out the great things that others are doing with their children by clicking these buttons!!

What a fun-filled week! We hope to go apple picking soon too. I love fall :)

These look like some fantastic activities. The flute pictures reminded me of what happens at our house. My two boys found my flute recently and did pretty much the same things with it (5 years old and 26 months old). :) It can be really hard to get a sound out of a flute! Recently I went and bought a flutophone for our youngest because it makes it really easy to make a sound.

what a fantastic week - love that you went apple picking! I miss being able to do that.

I like the Tangoes set - I haven't seen that before

Thanks for linking to the Sunday Showcase & hope to see you again this week!