Search for the letter T
This weeks Unplugged Project was "Words." I was really not sure what to do since Emily can't read yet. However, last week we were getting an oil delivery from Tragar, our oil company and Emily saw the truck in front of the house. She pointed to it and went "T, mommy look T." She was so excited that she found the letter T. The next day when we were doing the calendar she also pointed out the letter T in Tuesday. So I decided that I would make a T hunt for her with different words that I cut out of magazines. 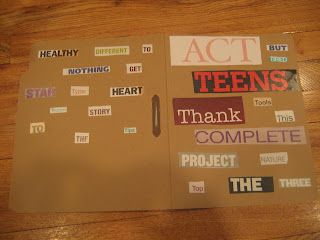 To make the game I cut out all the words from a magazine that had a capital T in them and were in a large enough type that Emily could see them well . Then I glued them on to a file folder. 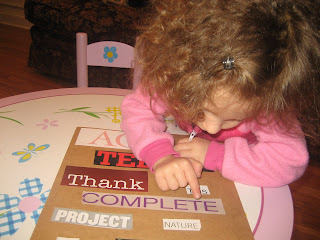 I pointed to a word and said "Can you find the T in the word The?" This way she was also seeing and hearing the whole word. Emily had so much fun finding all the T in all the different words. She even found the T in the words where it was hiding in the middle!! 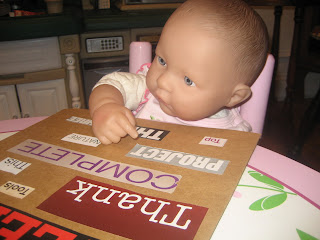 Great idea! My 3-year-old is beginning to read, but I know he would still love this activity...

I didn't know what to do for unplug this week either because my little guy is 2.

You did a great job!

My son loves the letter E.

Nice idea. My 3 year old didn't participate in our project this week but this would have been perfect for her. She is a big fan of the letter T too.

What a wonderful idea!!! And, I love the photo with the baby doll. :-)