We are at it again…this year we were sure that we were going to catch that tricky leprechaun. He was able escape from the first cake Leprechaun Trap and our Pulley Leprechaun Trap.  This year our trap had all the makings of a great trap with no way for that leprechaun to escape!!! 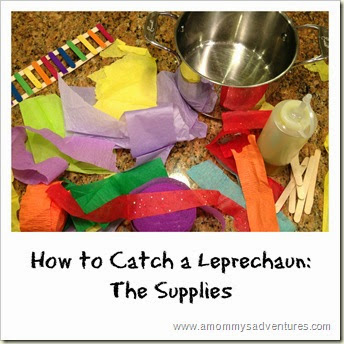 We have been talking about different ideas for the leprechaun trap for awhile now.  We finally agreed that we would trick him into a large pot and then grease the sides so it would be to slippery for  him to climb out.

To accomplish this we needed: 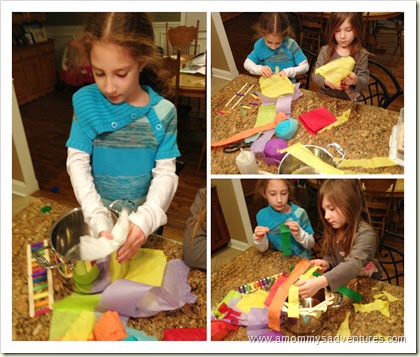 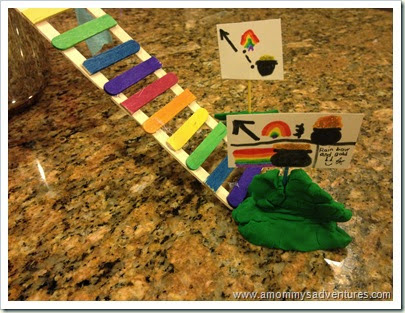 The girls made some signs to show the leprechaun that there was a rainbow and gold up the ladder.  We hot glued them to toothpicks and poked them into green play dough. 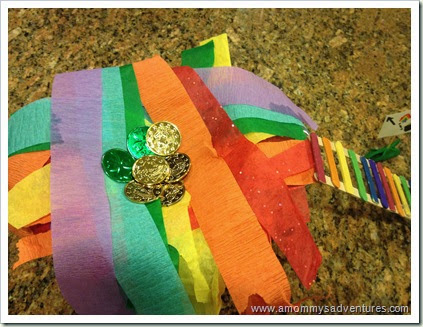 The gold coins on top, waiting for the leprechaun! 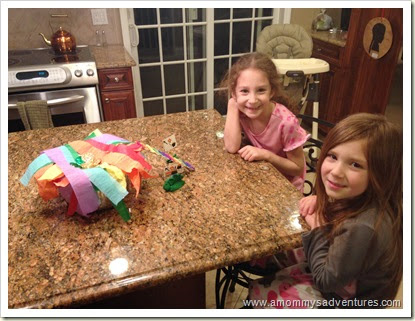 The girls are so excited to see if they catch the leprechaun this time!! 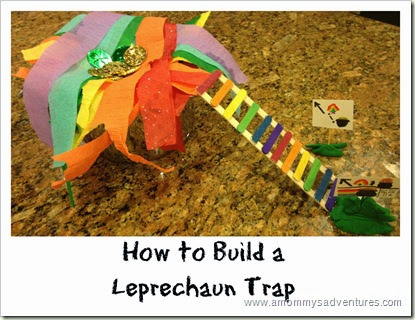 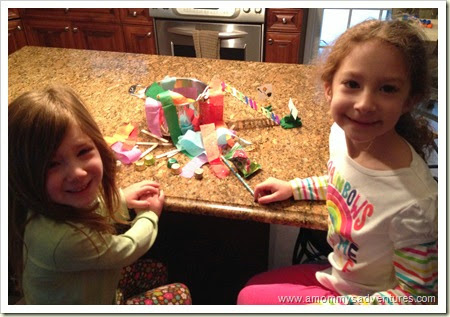 That tricky leprechaun escaped again!!  This time he built his own ladder to climb out with the  popsicle sticks that fell into the pot.  At least he left us some fun treats for trying.

Did you build a leprechaun trap this year? If you did add it to the linky so we can check it out.

I love how creative this trap is! Thanks for invite to share, I linked in our post which shows last year's trap. We didn't catch him again this year either!